Founded in 1922 by Anton Paar in Graz, Austria, today Anton Paar GmbH has 45 sister companies and sales subsidiaries, as well as 50 sales partners, and operates in more than 110 countries around the world.

The company is a market leader in density and concentration measurement, rheometry and CO2 measurement. Anton Paar’s customers include most of the major beer and soft drink manufacturers worldwide, companies active in the food, chemicals, petroleum, and pharmaceutical industries, as well as leading academic groups. 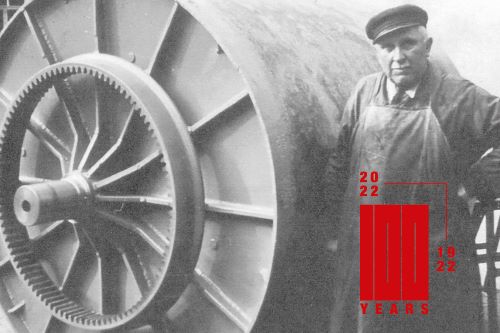 “Talent, commitment and inner cohesion, in both successful and difficult times, have always distinguished us and our company,” says CEO Friedrich Santner. “With these attributes, we are confidently entering the second century of our history."

Earlier this year, the company invited its entire worldwide workforce as well as representatives from politics, business partners and friends of the family to a celebration at Stadthalle Graz. Around 2,700 employees from Asia, America, Australia, Africa and Europe came to Graz to celebrate a century of Anton Paar.

The non-profit Santner Private Foundation has owned the company since 2003. The foundation has two purposes: the promotion of non-profit science and research, and the prevention of drug addiction and the support of projects to combat addiction.

Construction starts on GEA’s new US facility in Wisconsin