A city in the USA needed to replace its aging water softening technology. After considering the options, a new reverse osmosis system was selected.

Located in south central Wisconsin, the City of Waupun has nearly 11,000 residents. The city's central water treatment facility receives water from five municipal wells. Normal flow is about 1.1 million gallons per day (gpd) (4200 m3/day), with a maximum flow of about 2.9 million gpd (11000 m3/day). Water demand is 80% residential and 20% industrial.

Waupun's raw water is also relatively hard, about 320 parts per million (mg/L) of hardness (19 grains of hardness), due to the presence of dissolved calcium and magnesium. In addition to providing poor soap lathering, leaving a salty residue in hair after shampooing, and coating tea and coffee pots, hard water can have a significant adverse effect on community infrastructure. For example, hard water causes scaling that can clog pipes and decrease the lifespan of water heaters and toilet flushing units. Water hardness can also have a negative effect on industry, causing boiler breakdowns and problems with cooling towers or other equipment that comes in contact with water. After softening, Waupun's water hardness was reduced to about 80 mg/L, or about 5 grains of hardness.

Concerned about the rising costs associated with this aging facility, as well as the quality of the town's water supply, Waupun Utilities began researching improved lime softening technologies, zeolite lime softening and reverse osmosis as possible alternatives for the central facility. Their goal was to give the public equal, if not better, water quality than they have had in the past and they needed a new system that did not sacrifice existing quality. Steve Schramm, treatment facilities supervisor for Waupun Utilities, led the search for a replacement for the existing central water softening facility.

“The water softening facility was quite outdated and had reached the end of its useful life,” notes Schramm. “In addition, we had no equipment redundancy, causing repair and reliability issues.”

The first option researched by Schramm was to simply replace the existing lime softening plant, which had performed adequately over the years. Capital costs for a replacement lime system would be high, and the plant was already operating using two labour shifts that required three, full-time treatment facility operators, resulting in considerable annual operating costs.

A second option considered was the use of natural or synthetic zeolites, which are hydrated aluminosilicate minerals with a micro-porous structure. Zeolites have positive ions that are loosely held and can readily be exchanged for others in a contact solution. Zeolite softening was rejected by Waupun because the process involves adding large quantities of salts to the water. The salts would then ultimately flow through the wastewater treatment plant and to the river, exceeding the community's allowable chloride discharge limit.

The third option, and the one ultimately selected, was the MegaMagnum® Water Treatment System, a reverse osmosis (RO) system manufactured by Koch Membrane Systems (KMS) of Wilmington, Mass. USA. The reverse osmosis system uses pressure to force a solution (in this case, water) through a membrane that retains most of the dissolved ions on the concentrate side and allows the treated water or permeate to pass to the other side.

Another key feature that drew Schramm to the KMS RO system was its expandability. “If a major water customer moves into the city or if the city grows rapidly, we can just plug in another RO skid, rather than add on to a building or build extra tanks,” says Schramm. “The reduced capital and operating costs, plus the ability to expand the system easily, sealed the deal for us.”

After water passes through the filters, it then moves to the RO system. Waupun's system consists of two pre-engineered packaged skids, called “trains” which operate on alternate days. The dual-skid configuration provides system redundancy, facilitating maintenance. If for any reason increased capacity is needed due to fire protection needs or another large water demand, the city could run both trains at the same time to increase capacity. Table 1 contains additional details on system capacity.

The RO system's pressure is increased to force water through semi-permeable membranes to separate impurities. About 80% of the pre-treated water from the greensand filters flows through the RO system. The remaining 20% is bypassed around the RO system and then mixed back in with the permeate to raise the water hardness to the desired level of approximately 80 ppm. About 20% of the water sent through the RO system does not pass through the membrane. This is called concentrate or reject and is discharged to the sewer.

After the permeate and RO bypass waters are mixed, they are sent through a forced-draft degasifier. As water passes through the degasifier, carbon dioxide is removed by forcing air through the water flow. Stripping carbon dioxide raises the pH in the finished water product, which prevents the water from corroding the distribution pipes and valves. After carbon dioxide stripping, fluoride and chlorine are added to the water to meet drinking water standards prior to distribution. The final step is pumping the water to towers by high-lift pumps. Water in the towers is maintained at a specific level to provide sufficient volume for fire protection and to pressurise the distribution system.

A process that works

The new water softening process is working well, reports Schramm. KMS installed a pilot unit that ran for about seven weeks while officials tried a variety of pre-treatment options before settling on the present horizontal pressure filters with manganese greensand and potassium permanganate feed systems.

The entire water softening system went online in December 2007 and has been working smoothly since then, with a noticeable improvement in water consistency. “There is not a lot of maintenance on the RO system,” says Schramm. “We change the cartridge filters about once every three months, and conduct clean-in-place (CIP) of the membranes about once every six months. RO membrane elements are projected to last three to five years, but we have talked to other operators of RO systems that have seen elements last as long as seven or eight years, depending upon the level of pre-treatment and how well the CIP operations are conducted.” 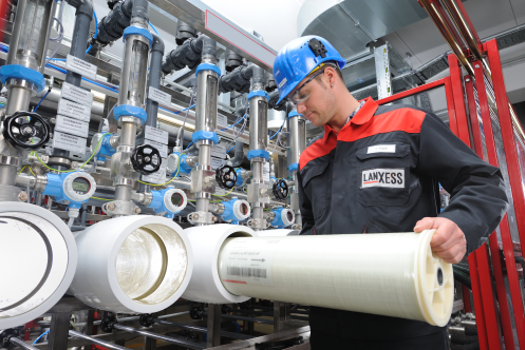 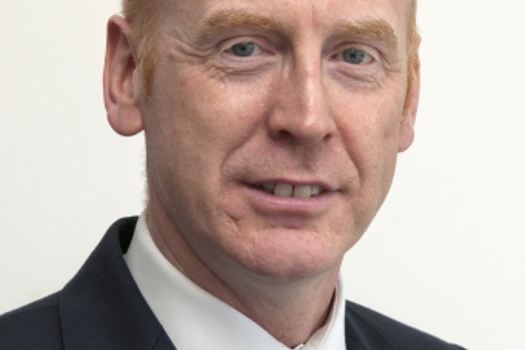 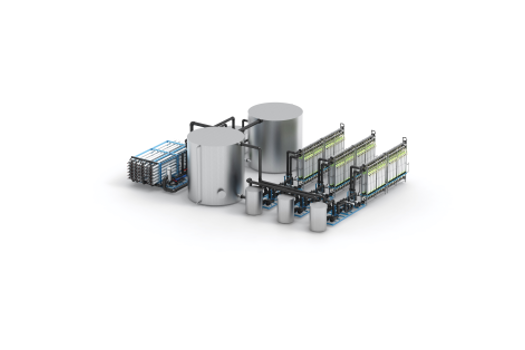 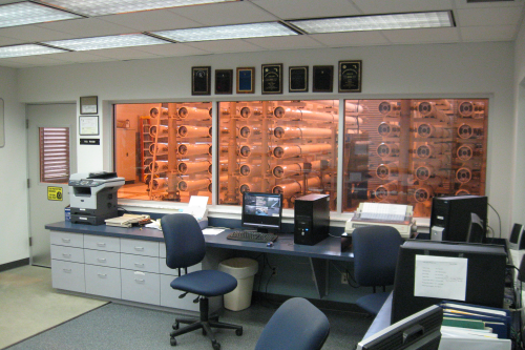 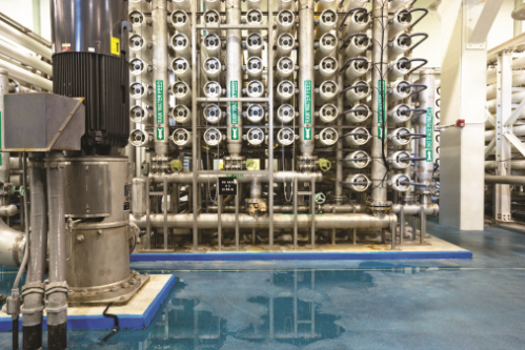