The video, released in conjunction with the 20th Annual WateReuse Research Conference in Denver, Colorado, USA, profiles a state-of-the-art aquaponics facility in St Paul, Minnesota, that has been developed by Urban Organics and Pentair, as well a major agricultural reuse irrigation project in Monterey, California.

The St Paul aquaponics farm is housed inside a former brewery and uses a closed-loop, recirculating aquaculture system. The fish provide the nutrients for the plants, and the plants help to clean the water for the fish. The waste-filled water from the fish tanks is released through gravity and seeps into a filtration system designed by Pentair. The system removes sludge and leaves the water clean and filled with nitrates. The water is then pumped into rows of vegetables growing hydroponically, which removes the organic buildup and metabolic byproducts in the water. The water is then returned to the fish tanks and reused.

The second application featured in the video takes place in Monterey, California. The project started as a salt water intrusion barrier and has evolved into the largest agricultural reuse irrigation project in the United States. Artichokes, lettuce and strawberries are among the edible crops that are safely and efficiently produced in this region.

“Seventy percent of the world’s water is used for agriculture. As the world’s population continues to grow, the increased demand for food will put tremendous stress on the world’s supply of water for agriculture,” said Dr Phil Rolchigo, vice president of technology at Pentair. “Water reuse technologies can help accelerate Mother Nature’s process-rather than disposing wastewater back to the environment, we can safely capture and purify it so that it can be used over and over again in agriculture, as well as other industries.”

The WateReuse Sustainable Agriculture video was produced with financial support from the Pentair Foundation. 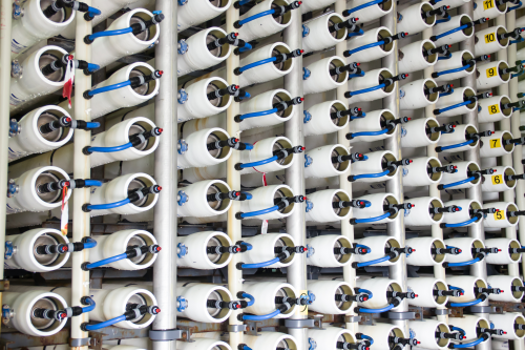 Trends in desalination and water reuse

Pentair to set up application centres to reduce, reuse and recover water