Before a series of upgrades which cost US$27 million over five years, at the City of Washington’s wastewater treatment plant (WWTP) in Indiana, even the smallest amount of rainfall would cause an overflow. While US$27 million is a significant sum of money of course, as any municipal works superintendent will tell you, funding is a long and complicated process.

Prior to the installation in 2012 of a fixed bar screen, Superintendent Scott Rainey and his team at the WWTP had to painstakingly pull out large debris from a fixed overflow weir (installed in 1988), that was regularly overwhelmed during storm events.

Screen problems With a collection system comprising of combined sanitary and storm sewers with four Combined Sewer Overflows (CSOs), treatment has sometimes been as ­complicated as funding. “Our old screen just kept on blinding,” said Scott Rainey, who has worked at the WWTP for the past 16 years. “Back-ups were all too regular. We knew, and we wanted to take action, as of course did the State’s Department of Environmental Management, but our hands were tied until we had funding in place.  In the meantime, we simply had to get on with it. With talk of a fine hanging over our heads, this wasn’t always easy.”

Finally, when approval was given to go ahead with a new screen, to the tune of up to US$1–1.2 million, Scott set about researching the best possible solution, speaking to operators all over the USA.  He also sought advice from his trusted contact, Ken Sobbe at FACO Waterworks in Indianapolis, who had helped supply the plant with equipment on many ­occasions.

“Serving a small community (12,000), we all have several hats to wear,” added Scott, “so getting away isn’t easy but I attended trade shows and trust me, I listened to all sorts of solutions that were put forward. I knew that while we certainly needed something robust and of good quality to cope with heavy debris, we didn’t necessarily need a full-blown mechanical screen, just for the sake of it.  We’re not trying to reinvent the wheel.”

Retrofit potential A key factor in the decision-making process was the possibility for retrofit. During the previous upgrades, a forward-thinking approach saw the main storage tank designed so that it could be retrofitted if required with only slight modifications. Scott also consulted with the treatment plant’s engineers, Midwestern Engineers, who came up with the idea of integrating an automated rake system to clean and clear the bar screen during storm events.

Scott explained: “Attending the WEFTEC show was well worth the time in the end and when I showed my engineers the Hydronic T Screening System from Lakeside Equipment Corporation, they liked it immediately. Seeing a video of the Hydronic T pull a log out of a creek was very impressive and when I spoke to other operators, they, like Ken Sobbe, confirmed what high quality and precisely engineered equipment it is.

We all agreed that we could have gone bigger and therefore more expensive, but we knew we could make use of our existing structure so long as the mechanical transition could be as simple as possible.  To be honest, we didn’t realise that there was anything out there on the market quite like the Hydronic T Screen.”

Project timing The next obstacle to negotiate when funding has been agreed upon, is timing. Twelve months may initially sound like a long time, but achieving everything from scratch, including research and design, culminating in just three months to complete all the engineering, was a considerable feat. Together with a very skilled contractor, the goal-oriented and product delivery-driven team is what enabled the project to stay on budget and finish ahead of the EPA mandate.

The contractor in this case was Bowen Engineering Corp. and the company was confident that this joint effort would deliver the right results as well as stick to the original cost estimates for the project. Sam Hill, project manager at Bowen Engineering, takes up the story: “We wanted to deliver a really high-quality product while always challenging ourselves as to how can we do something better for less money,” he said. “The City of Washington is a long-time customer of ours, so by knowing and understanding their needs, we feel that we are working with them as a team rather than as separate entities.

“The Stormwater Combined Sewer Overflow Tank is intended to be a storage tank during major rain events to prevent sewage from discharging into local waterways. However, with a clogged screen, the sewer/storm water is diverted into the waterway, in effect making the tank totally ineffective. Retrofitting the existing system with Lakeside’s Hydronic T Rake brings the tank into play as it should and, in doing so, cleans up the area’s waterways. Most importantly, it helps to prevent the City from being fined large sums of money by government environmental agencies for diverting flow.”

How it works A hydraulically operated telescoping boom and rake mechanism, the Lakeside Hydronic T utilises hydraulic cylinders to pivot the boom and to extend and retract the boom and rake for depths up to 50 ft. A hydraulic power pack provides greater lifting capacities as compared to other screens, and it has all its components accessible above the channel for ease of maintenance.

The Hydronic T Screen’s flexible design saves money when designing indoor headworks systems with deep channels, low headroom or retrofit needs. At the City of Washington, the system features a double 12 ft-wide telescoping design to rapidly remove the anticipated debris from storm events.   Unlike the previous operation, a level sensor in the channel will intelligently switch the screen on until the water elevation returns to the required level.

Considerable savings “We weren’t trying to cut any corners,” continued Scott Rainey, “but from a potential outlay of up to US$1.2 million, the big plus of having a retrofit was that we spent US$750,000 instead.” The very nature of retrofitting existing equipment and integrating it with new can often present many unforeseen challenges and issues, but according to Sam Hill at Bowen Engineering, apart from a couple of very minor points, the installation of the new Lakeside rake went very smoothly.

“The equipment was delivered just as it should have been, and the Lakeside engineers were always available on the phone without delay. Perhaps it seems a petty and maybe obvious thing to say, but the equipment that was shipped matched the drawings! Often this is a challenge when modifications to equipment don’t match current drawings. Hugely frustrating and time-consuming.

“From main structural members to the smaller items like hydraulic tubing, all of the prefabricated parts came together very well. The shipping package from Lakeside was engineered so the equipment was preassembled to the maximum allowable prior to shipping, which always helps the owner cut down on site cost. The Lakeside Hydronic T is a great rake system – a very high-quality product that was delivered on time and ready to install. Top quality equipment and proper planning makes a big positive difference.”

Ken Sobbe at FACO Waterworks agrees: “We all knew that it would be a tight call, but I have to say that it came together very nicely indeed, with the new screen doing everything we said it would.”  Ken, who is a veteran of no fewer than 41 WEFTECs added: “I’ve seen the Hydronic T put through its paces and it’s a great example of quality engineering.”

Scott Rainey concluded: “We had to slightly change the angle of elevation and tweak the hydraulic pressures a little for heavier debris, but as with all installations, you have to expect a bit of fine tuning for the specific needs of your own plant. Overall, everyone is very pleased with it.

Throughout the process Lakeside did a very good job. They turned things round quickly but always with quality. And despite the delay in getting the project released, which initially would have meant project completion after the deadline for crucial compliance purposes, the tenacity of Bowen Engineering, together with us all as a team, saw construction completed ahead of schedule at no extra cost to the City. The option to retrofit has proved an excellent fit for what we needed here.” • 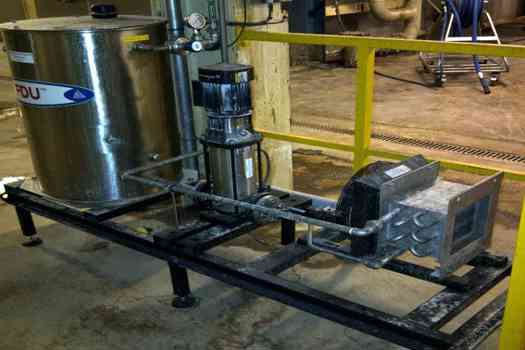 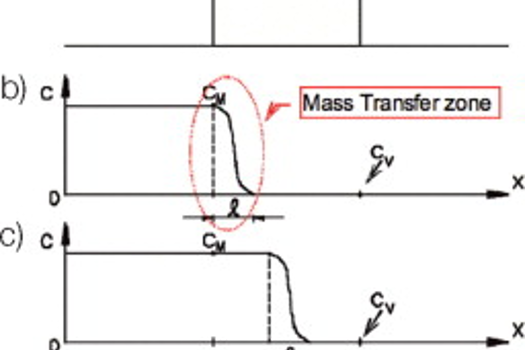