Kurion has already delivered the first set of equipment to the plant’s staging area for inspection and plans to ship the balance of equipment in the coming weeks.

The Kurion Mobile Processing System (KMPS), which should be operational this summer, will be moved around the site and placed beside tank groups. The system is designed to help TEPCO reduce strontium from the hundreds of tanks on-site that contain approximately 400 000 metric tons of water.

In 2011 Kurion was part of an international team of nuclear waste management companies to quickly deliver the first-ever external reactor cooling and purification system, which is still in operation.

The KMPS employs a similar modular plug-and-process design approach to that used in the Kurion cesium adsorption system since 2011, supplemented with additional filtration capabilities. For the KMPS, Kurion uses a different proprietary, inorganic and easily vitrified ion-exchange media to separate strontium from competing, lower-risk contaminants also present in the water.

“Kurion has been honoured to work alongside TEPCO in the initial 2011 recovery and since to address cesium, which presented the greatest immediate threat to human safety and the environment,” said John Raymont, Kurion founder and president. “Today, strontium is the greatest emitter of radiation impacting site dose-rates. So, reducing strontium in tank water stored on-site will significantly improve worker safety and reduces the risk to the surrounding environment.”

“We are committed to helping TEPCO and the Japanese people find a solution for the waste at the Fukushima Daiichi site,” added Bill Gallo, Kurion CEO. “Since Kurion started working with TEPCO in 2011, we have grown our team by more than tenfold and expanded our technologies and services to provide the scale and breadth of solutions needed for Fukushima and other nuclear and hazardous waste challenges worldwide.” 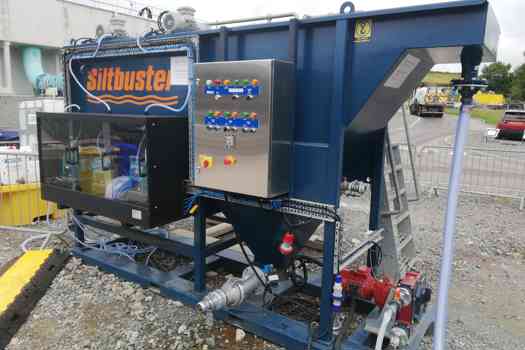