Hal Alper and H. Parthasarathy from Mycelx Technologies Corporation look at the problem of ‘oily mists' – secondary aerosols found in a range of industries that can significantly decrease air quality and which require specialised filter technology to be removed.

Much of air filtration technology was developed during World War II, with the benchmark and focus of much of this work being the removal of 0.3 micron particles. At this time, the particles of concern were primarily radioactive dust. The relevance of the 0.3 micron benchmark is that this is the size where the primary competing mechanisms of particle filtration dynamics, (ie, direct interception/gravity settling for >1 micron and inertial impaction/Brownian effects for <1 micron), are at a minimum. (Experimental work, however, indicates that the actual size may be closer to 0.27 micron.)

For fibrous air filters, 0.3 microns is the most penetrating size and has become the standard for gauging filter performance and efficiency. Tests have been developed to gauge the effectiveness of air filters which are challenged with 0.1 – 10 micron particle matter and fractional efficiencies are measured.

One such scale is the minimum efficiency reporting value (MERV) scale which results in a scale of 1–16. On the MERV scale, 1 is considered a coarse particle arrestor while ratings of 16 and above are considered HEPA filters. In the field of particle filtration, HEPA filters are defined as being filters that can capture 99.97% of 0.3 micron particles. This sort of testing is generally performed with potassium chloride (KCl) particulate matter, although there are also multiple types of tests using Arizona road dust, carbon, cotton linters, glass micro spheres, and aerosolized oils – generally dioctylphthalate (DOP), although surrogates such as methyl salicylate can also be used.

The problem of SA and LA

This approach, however, does not sufficiently differentiate between aerosolised particles, which are primarily solids (SA) often with adsorbed species, and those that are liquid droplets (LA). This is especially the case in the way in which these fundamentally different entities interact on the filter surface and affect filter performance in complex environments in which SA and LA interact in the air and on the filter surface.

While it is true that aerosolised DOP is used as a test material to gauge filter performance in high solvent oily mist environments, secondary effects such as re-entrainment, secondary aerosol formation, and evaporation are not usually studied – especially as captured materials build up on the filter over time. The effect of liquid aerosols on filter performance can be drastic. For example, it has been demonstrated that HEPA filters cannot perform to HEPA standards of 99.97 when first challenged with WD-40 or water vapour.

Relatively little testing has been done, therefore, on the surface phenomena of captured liquid aerosols with regards to surface interactions with, and on, the fibres. Once intercepted, the surface tension of the droplet, the contact angle with the fibre, and the interfacial surface energy should be considered in the secondary fate of the liquid aerosol droplet.

Solid aerosol particles are not affected by these factors in the same way. It has been demonstrated that liquid aerosols, when recirculated through a filter, tend to re-entrain if they are not captured and immobilised by the filter. Under these conditions, particle size distribution stabilizes in a narrow band around 0.25 microns. This is considered to be one of the most dangerous sizes with regard to human health, because droplets of this size are small enough to be buoyant for a long time and are large enough to anchor efficiently in the pleurum of the lung.

This is a vital aspect of filter performance in industrial manufacturing, the military (nerve gas is an aerosolised oil), medicine, and cabin and indoor air quality. Recent scientific publications and observations seem to indicate that secondarily-formed liquid aerosols are a major constituent of air pollution.

For example, a University at Colorado study showed that reactive gases hovering over the Earth's surface are responsible for the organic haze seen in urban and rural areas around the world – not the direct emissions of particulates, as had been previously thought. Other academic works such as those by Q. Zhang et al indicate that a major part of the oxygenated aerosol species in urban and anthropogenically-influenced rural/remote areas is likely to be secondary. Zhang also states that the contribution of secondarily formed aerosols has been underestimated.

In order to do this we modified air filters of various MERV ratings with a curable viscoelastic oleophilic polymer (Mycelx)with a very high affinity for oily droplets. When modified in this way, filters are able to capture oily droplets of varying chemical compositions and render them into a cohesive viscoelastic mass. The viscoelasticity of the resultant mass is crucial because it allows for the capture of the oil without developing any significant differential pressure across the filter. The shearing of the air causes the captured and modified oil to become denser and contract around the fibres.

Differential pressure across an unmodified filter increases at a much faster rate when capturing primarily SA when small amounts of LA are present. Therefore it is possible that the greater shearing due to higher pressures may result in more robust secondary aerosol. This will be an interesting area for future research.

Mycelxevaluated the performance of modified and unmodified filters in relation to efficiency and holding capacity when challenged with SA alone, LA alone and mixtures of SA and LA.

Additional work was done with methyl salicylate and Arizona road dust to determine the comparative loading of the SA and LA fractions. The efficiency values were similar to the above, and the modified filters captured three times as much LA and twice as much SA to the same pressure. The target filters which were deployed after the primary filters showed a much higher degree of secondarily entrained LA based on visual, microscopic and chemical analysis. The filters which were not modified (95% DOP HEPA) were not effective target filters, indicating that the process of re-entrainment and non-capture results in more robust LA droplets.

After this, Mycelxwas asked to solve a persistent odour problem inside and outside the plant at a major automotive facility. There was a high degree of primary LA and SA generation from many sources simultaneously including tramp oils, coolants and dust from friction and traffic. The facility had very good historic odour panel testing and particle count data and was using all available commercial air filtration technology but still could not prevent the odour from leaving the plant. We felt that it was likely that secondary aersolisation off the filters was responsible for the odour.

Modified target filters were deployed post final HEPA and extracts were taken from the HEPA filters and the target filters. A proprietary Gas chromatography-mass spectrometry (GC/MS) technique was utilised to identify the odour causing agent. Analysis showed that the target filters had captured a large fraction of what was only a small component on the upstream filter extracts, and to our surprise this fraction was composed of a particular medium molecular weight high vapour density compound in an azeotropic composition with a solvent that is commonly used in coolant formulations. This was a surprising result because it had been assumed that the odour was most likely a mixture of the different compounds that were present in the facility, as opposed to a specific component of one of the machining chemistries.

Subsequently, modified filters were deployed in an entire sector and odour panel tests were conducted. The odour panel tests showed an 85% decrease in discernible odour in and up to one mile distant from the plant which correlated with the removal of the particular secondary aerosolised odour causing compound. The relationship between the generation and removal of secondary liquid aerosols (odour causing compound) to the removal of primary solid aerosols in the manufacturing facility is shown below.

From this we concluded that secondary aerosol formation occurs naturally under ambient conditions and secondary aerosol formation can be caused by air filters and might be an important component of perceived odour. The morphology and composition of aerosols is not sufficiently differentiated, especially with regard to liquid droplets versus suspended solid particles and their effect on filters. Moreover, robust liquid aerosol droplets are generated in industrial environments when liquid phase components of the aerosol are not captured and immobilised by the filter. 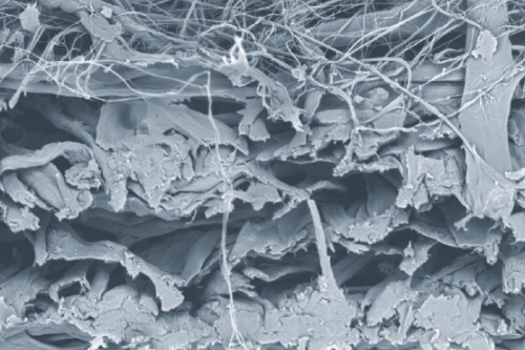 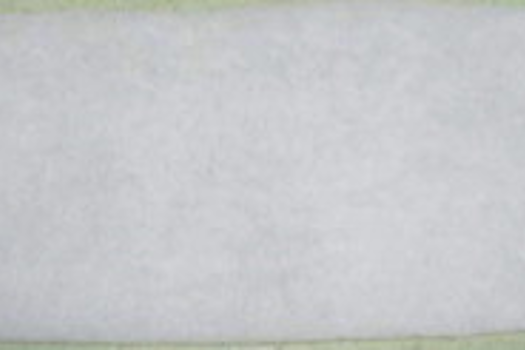 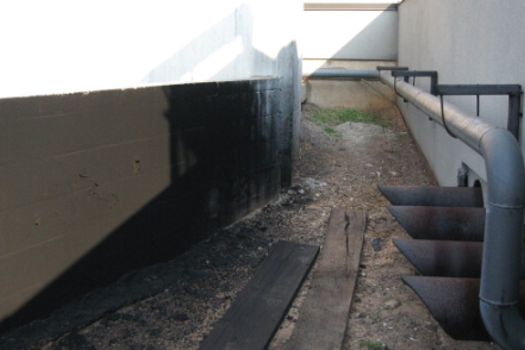 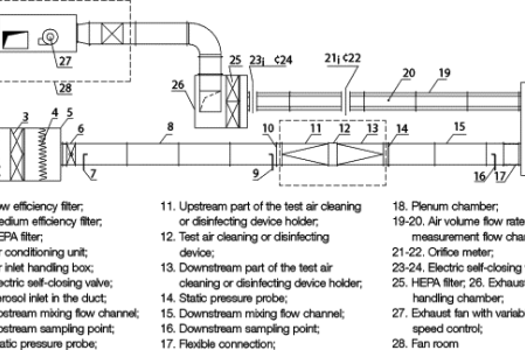