Technology developed by US-based Voltea Inc is being used to treat borehole water for a manufacturing facility in South Africa. The aim is to not only alleviate the customer’s dependence on the municipal water supply for its daily operations, but also provide other benefits, including high recovery, reduced chemical and energy consumption, and minimal maintenance, compared with traditional reverse osmosis plants, as this brief article explains.

In 2020 Voltea Inc, which specialises in salt-free Membrane Capacitive Deionization (CapDI©) electro-desalination technology, won a contract in South Africa for a project that involves purifying water for a manufacturing facility near Port Elizabeth.

Now in the final stages of commissioning, the water treatment plant has a capacity of 1000 m3/day (or 183 gallons per minute).

Voltea says that the project resulted in the largest sale to date of one of its Industrial Series (IS) systems. Multiple IS-48 CapDI systems are being employed to treat borehole water to alleviate the customer’s dependence on the municipal water supply for its daily operations.

The customer, together with engineering consultant Zutari (Pty) Ltd, conducted a feasibility study on the use of water treatment technology to most effectively and efficiently treat water in the local area.

Water security The Port Elizabeth area is known for its water scarcity issues, which prompted Zutari to explore opportunities that would ensure a secure supply of water for this manufacturing facility – beyond a potential day zero.

Of the three feed-water supply options – sea water, a nearby lake and an on-site borehole – the borehole water supply was chosen as the most attainable way of providing a steady source of water to the facility, without the risk of affecting the local municipal water supply to the larger community.

Naturally, the on-site borehole at the facility had elevated salinity levels, which meant that the water would need to be purified by a suitable water treatment system.

The CapDI system from Voltea, which specialises in commercial MCDI technology, was chosen for this application.

According to the study conducted by Zutari, conventional RO is often associated with high capital expenditure, maintenance and energy costs because of the energy-intensive pressure process that it requires to treat water.

RO also typically requires extensive pretreatment. Because of these unfavourable expenditures, Zutari recommended the use of CapDI to purify the on-site borehole water at the facility.

Sustainability Zutari believes that the best performance – environmentally and socially – needs to be underpinned by strong financial performance. Furthermore, true sustainability requires these three entities to be integrally linked.

It says that the technologies and systems it employs always consider the effect that they may have on the environment and communities. However, it also consciously delivers outcomes that help clients stay and thrive in business.

It is for this reason that its engineered systems employ the use of novel technology to achieve water treatment performance on par with conventional means, whilst reducing expenditure over the full life-cycle of the asset.

Voltea’s CapDI Voltea’s CapDI is a salt-free desalination technology that removes total dissolved solids from water sources, with minimal pretreatment requirements. It eliminates dissolved salts and other minerals via direct current (DC), or electro-deionisation, where oppositely charged salt ions are attracted to electrodes, leaving pure water flowing out of the cells in a two-step process of purification and regeneration (see box-copy entitled ‘Two-step process’).

A major difference between CapDI and conventional water treatment technologies, such as RO, is its “tunability” feature. This means customers can choose the level of dissolved salts that are removed, as well as take advantage of automatic adjustments to the ion removal rate for any fluctuations in feed-water quality.

Not all applications require the same removal rate, which eliminates any remineralisation or blending needed from using traditional desalination and softening technologies.

This prevents non-native, harmful salts and chemicals from being discharged into the local ecosystem, which stops the local water supply from being potentially polluted and protects it for future generations.

Traditional water softeners, where hard salts are replaced by soft salts, have been banned in some municipalities, especially those struck by drought which have made environmental concerns a priority.

This facility includes gravity sand filters for pretreatment; ultraviolet light sterilisation which targets bacteria that may be present in the borehole water supply; an air oxidation step for iron removal; stripping out CO2 to raise the pH; and a storage tank.

The entire CapDI IS plant consists of five IS-48 single systems, with a total of 218 modules. Figure 1 shows a single CapDI IS-48 system.

Five IS-48 Systems provide enough space to house 240 CapDI modules, which gives this customer space to grow if it discovers that it requires a larger volume of water to be purified, without having to invest in additional framing equipment.

Strategic partners Voltea is pleased to be working with Zutari on this innovative water treatment plant that provides many benefits to the customer, including high recovery, reduced chemical and energy consumption, plus minimal maintenance, compared with traditional RO plants.

Voltea says that its growing list of valued customers and strategic partners are adopting CapDI technology and are benefiting from both lower capital expenditure and significantly lower life-cycle costs, compared with conventional, legacy technologies.

For further information, visit: www.voltea.com & www.zutari.com (This technology focus is based on press material issued by Voltea Inc and edited by Simon Atkinson.)

Two-step process Membrane Capacitive Deionization (CapDI©) electro-desalination technology is a simple two-step process. Water flows between electrodes, the surfaces of which are separated from the water by ion-selective membranes that allow the passage of positive or negative ions. In the purification step, feed-water passes between oppositely charged electrodes, which electrostatically remove dissolved ions, leaving pure water flowing out of the cell. In the second, regeneration step, feed-water flushes through the cell at a lower flow rate, whilst the electrode polarity is reversed. Ions are rejected from the electrode surface, concentrated in the flow channel and flushed from the cell before the cycle is repeated. Tunable process CapDI is described as a tunable process. This enables total dissolved solids (TDS) reduction to be adjusted between 25% and 90% depending on the customer’s requirements – eliminating the need for blending to achieve a specific water quality. The desired reduction rate is set and CapDI maintains this level, continually adjusting itself to account for any fluctuations in feed water characteristics. 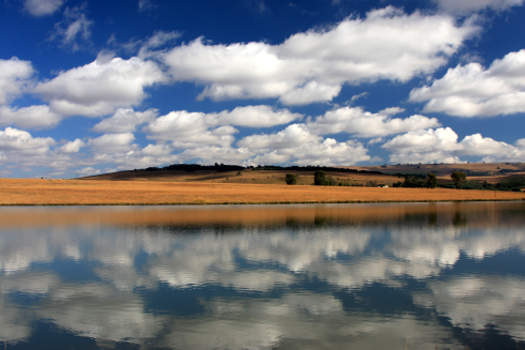 Membranes the future for South Africa 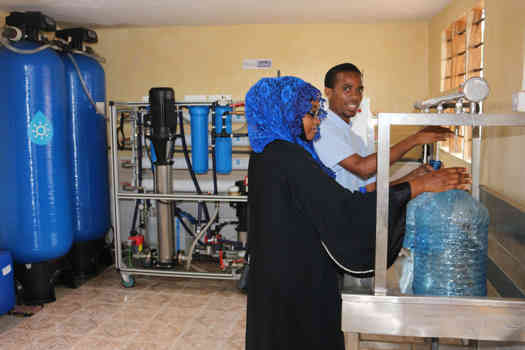 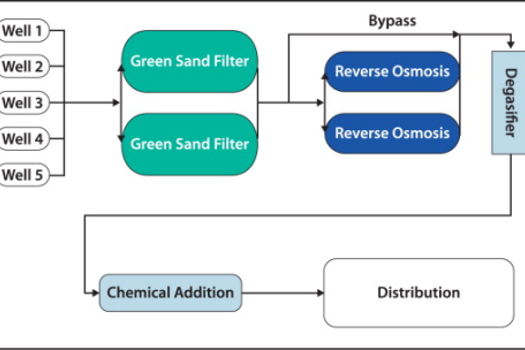 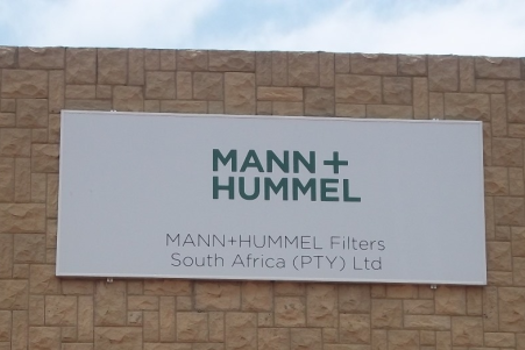