Maximising biomethane use in sewage plants

In the UK, the wastewater treatment sector has used both aerobic and anaerobic treatment for many years. It is therefore not surprising that when the Renewables Obligation (RO) was introduced in April 2002 (April 2005 in Northern Ireland), sewage sludge anaerobic digestion (AD) plants were well placed to become amongst the first facilities accredited under the system.

The RO closed to all new generating capacity on 31 March 2017, but what is less widely appreciated is that, for these first generators, the default accreditation period of 20 years means that the majority of sewage sludge AD plants will lose their eligibility for ROCs in 2027, despite the fact that the RO itself will continue up to 2037. In effect, these plants have just ten years left of continued subsidy.

The trend for sewage plants to add biomethane upgrading technology is increasing.

In addition, anaerobic digestion technology has moved on considerably over the last 15 years. While new capacity has grown, the number of sewage biogas plants has increased from 49 in 2004 to 159 today, many of the original wastewater AD facilities are now looking to upgrade, often switching from producing electricity to biomethane in order to take advantage of the Renewable Heat Incentive, particularly given the positive outcome of last year’s consultation on the scheme.

Speaking at the ADBA National Conference in December 2016, the Anaerobic Digestion and Bio-resources Association’s Market Analyst, Ollie More, confirmed that a number of sewage biogas plant operators are moving into biomethane production. “These plants were producing electricity and are now adding biomethane upgrading technology as well. We expect this trend to continue,” he explained.

Upgrading an existing plant is also an ideal opportunity to improve its overall efficiency and ensure that every bit of heat and power produced is utilized, to maximize both energy production and overall greenhouse gas savings. In fact, the water sector is at the heart of AD efficiency and improvements – while the installed capacity for the anaerobic digestion of sewage sludge rose 12% to 216 MWe between 2010 and 2015, wastewater plants actually generated over 25% more power. Recapturing heat is one of the easiest ways to improve efficiency, and heat exchangers represent the best way of doing this. They are an established technology, but despite their widespread use in industries such as food manufacturing and the chemical sector, they are often under-used in AD plants.

Heat can be utilized in the AD process itself, for example to pre-heat feedstock or digesters to improve gas production efficiency, or anywhere else that heat is required;  from water treatment, pasteurisation and concentration processes to office and space heating, or to provide hot water for cleaning.

Using surplus heat in this way is also free, without the need to buy additional fuel, and all of these applications can be carried out using a suitable heat exchanger. Such an approach may also provide additional benefits compared to other technologies, such as the tank heating systems often used for pasteurisation. A well-designed system could recover and utilize 40% of the heat produced by the plant.

As an example, using heat exchangers for pasteurisation is more efficient than using tanks with heating jackets as they have a much lower heat requirement; up to half of that of some systems. This is because tank systems have lower heat transfer efficiency and usually dump the hot water after use, rather than reclaiming it.

Using heat exchangers means that effective pasteurisation of digestate, for example to comply with PAS 110, is possible using surplus heat rather than needing to install an additional heat source such as a biomass boiler, which could add hundreds of thousands of pounds to a project.

Using a well-designed heat exchanger system can provide a continuous pasteurisation process which uses less energy than alternative systems, while allowing additional thermal regeneration, or recovery, levels of up to 60%. This saved heat can then be used elsewhere, such as an evaporation plant.

Heat can also be used to separate water from digestate by concentrating. This technique can reduce the overall quantity of digestate by as much as 80%, greatly lowering the transport costs associated with the removal of digestate. A well-designed system will include measures to retain the valuable nutrients in the digestate while the evaporated water can be condensed and reused.

For example, the captured water can be added back to the feedstock as it enters the digester, making the entire process almost self-sufficient in terms of water use and eliminating liquid discharges from the plant. After concentration, the treated digestate dry solid content can be as much as 20% (often a four-fold improvement), making it much easier to transport and handle.

A well-designed system could recover and utilize 40% of the heat produced by an AD plant. What could you could do with that free heat? 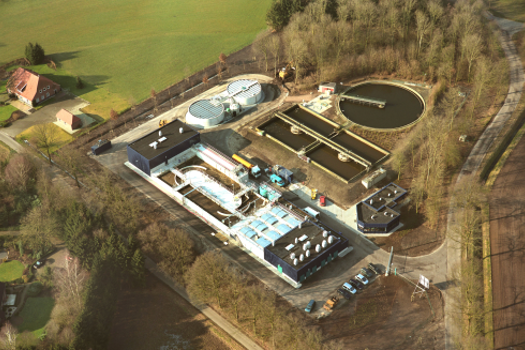 Water and sewage: The membrane bioreactor in sewage treatment 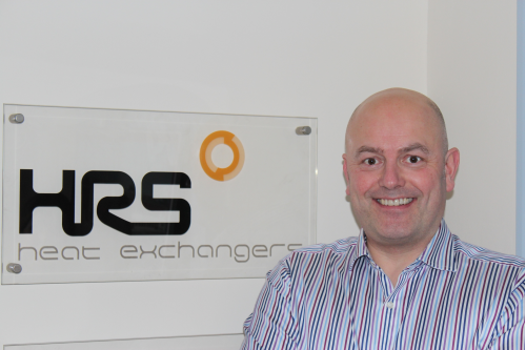 HRS make efficient use of free heat in production

WEF calls for proposals for biogas use 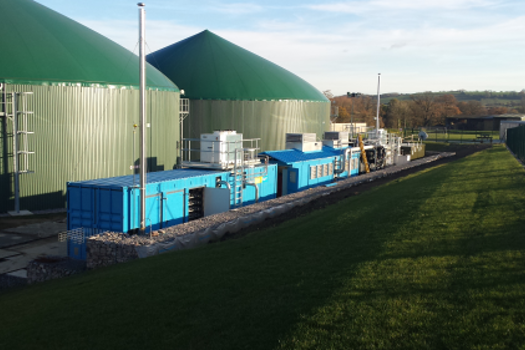 Putting the story straight on biomethane